the committee would like to remind everybody in this troubling time that all athletes enjoy many benefits from their amateur status and are handsomely compensated in exposure.

That will be all. The floor is open to questions.

Dickhead McGee here, Fuckface Times. Exactly how much are your players exposed? Are we talkin' Facial exposure? Bodily exposure? How about penile exposure? Asking for a friend.

All of the above. So far we have no reports.

Hello, Louie Lobo of the Lobo Times here. What if my players demand financial compensation for the use of their likenesses in the hit online game Simulation Football Association?

Please direct all relevant inquiries to our website at NSA.gov

Shut the fuck up Louie. You know there aren't even games on there yet. How big of a hit could it be? Go back to journalism school.

In unfortunate news for gamers, it was announced that following the proposed student athlete compensation bills, AE Games was completely overhauling their new game, SFA '20, to remove player likenesses. It's a blow to realistic football sims, of which there are currently none operating online at this time

but AE Sports, a division of AE Games, did confirm SFA '20 would be released on schedule with what might be an improved gaming experience. "Since we can't include players from California and Pennsylvania without paying out the ass to include their likenesses, we decided, fuck it, we're bringing an advertisement laden game to console gamers - fuck you, PC gamers. The main player mode will be Mascot Mode, in which you start as the honorable and noble University of Scott's Turf Builder Grass Seed Heat Tolerant Blue Mix, and for each action you complete, such as evading rival University of Tejas Holsteins in conference play, you get to slaughter each opponent's mascot on the 50 yard line Maker Bayfield style, and the blood of the rival mascots is turned into fertilizer to fully enrich your premium quality Scott's Turf Builder Grass Seed Heat Tolerant Blue Mix playing surface. Complete all of the challenges, growing and grooming your grass along the way, and reach legendary status of nationally regarded 1 in 5 Dentist and Grazer, Less Smiles.

AE Sports released their cover art and a sneak peak at the gameplay, including two of the included mascots, Wednesday with their statement. 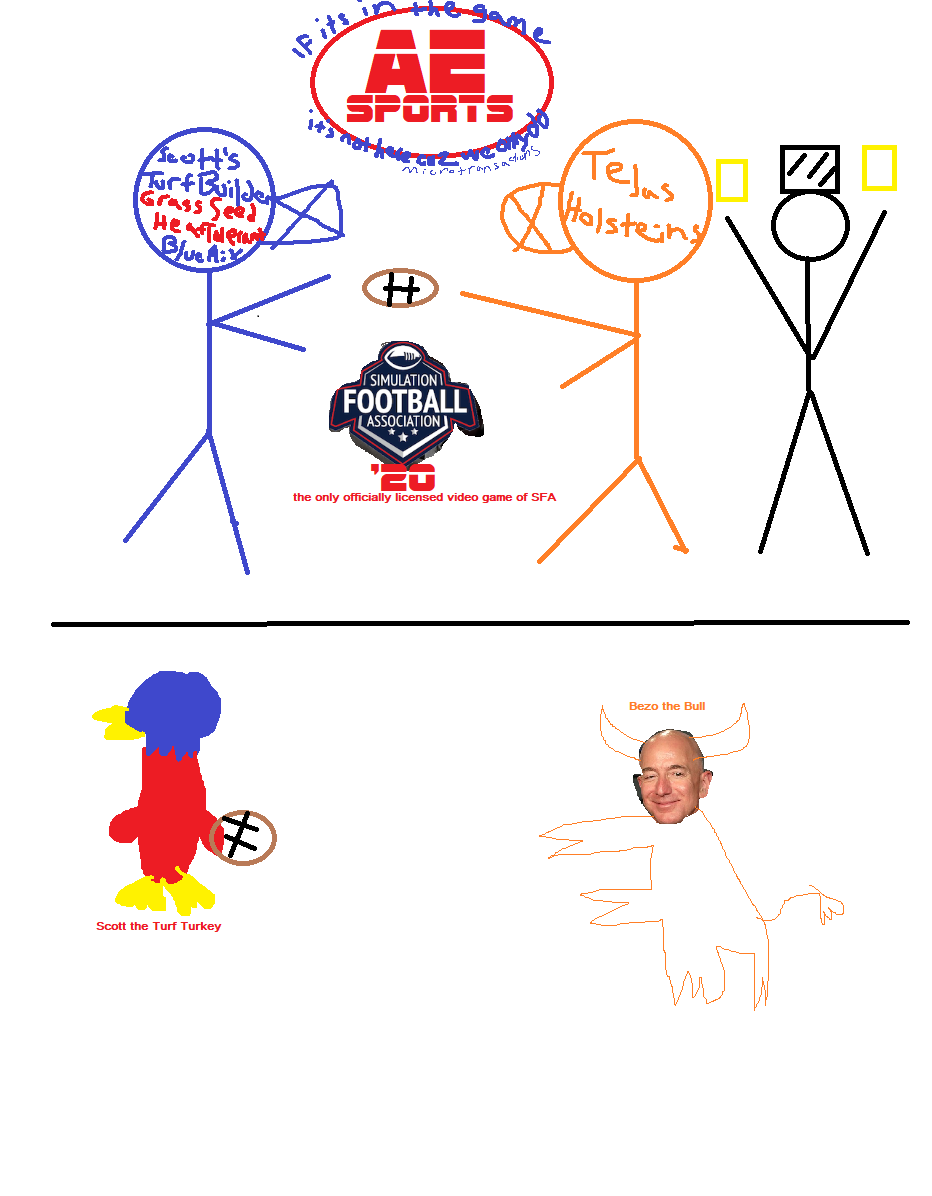 Oh my god this is amazing. How have we not made a billion dollars yet.
OP

INDIANAPOLIS—Calling it a necessary step in lieu of state legislation challenging student athletes’ unpaid status, the NCAA announced a new rule Thursday forcing athletes to remove all facial features to prevent them from profiting off their likenesses. “We take the amateur nature of our student...
sports.theonion.com
You must log in or register to reply here.
Share:
Facebook Twitter Reddit Pinterest Tumblr WhatsApp Email Link
Top