Good afternoon/evening folks, wherever you are. I am Mr Kirby, the commissioner of brand new football league the European American Football League!

So you may be asking... why?! What?! How?! It's simple. Myself and @Badger have been working hard the last day or two putting together the organisations for this league. The only things we are now missing are some OWNERS, and some PLAYERS.

The league itself will be designed to run on the opposite days to our sister league, the NFL. Therefore meaning there will be a game every day, across the two leagues. You are more than welcome to take part in both leagues, in fact, you are encouraged to!

Without further ado, i'd like to introduce you to the 32 organisations making up the inaugural season:

We are now accepting new Owners! This initial phase I will remain open only for members of this site and our sister league. If we struggle to fill teams after that I will be making this league open to the public. 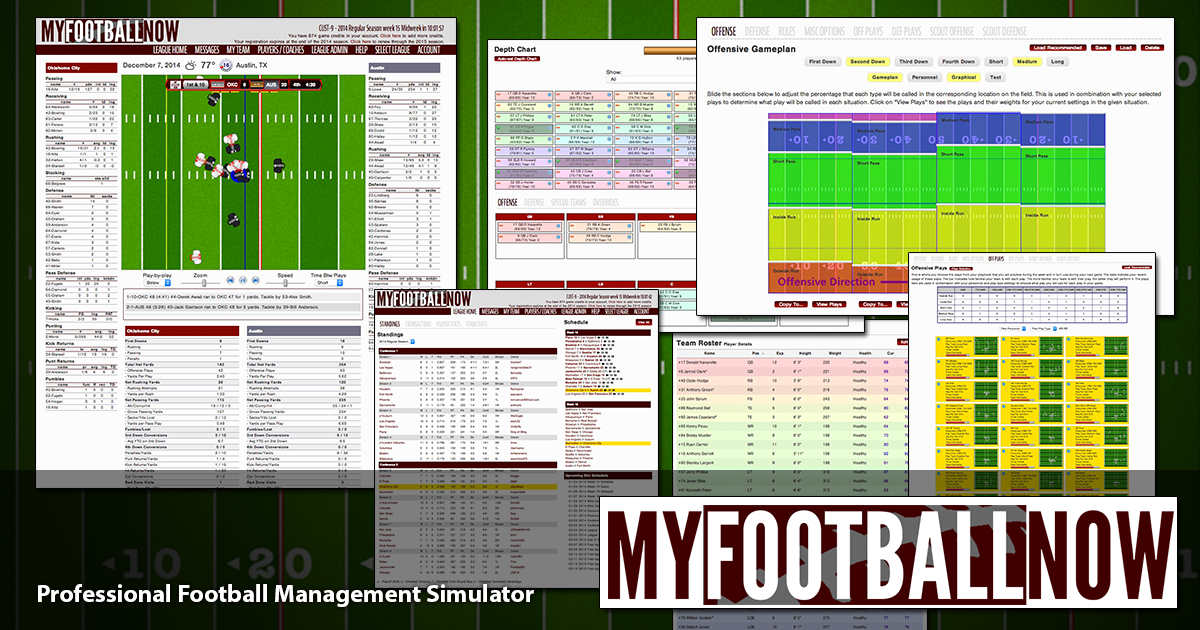 MyFootballNow.com is a franchise football simulator where you take control of a virtual professional football team. You are responsible for every detail, from drafting and signing players to hiring your coaching staff to setting your depth chart and game plan. Compete against players from all...