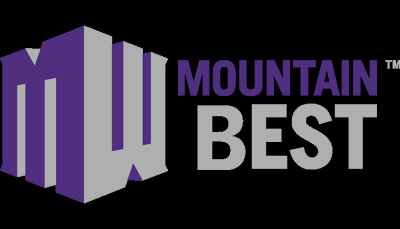 DJJ: We chose Boise State first because they have the greatest combination of starting talent and depth. They have a fearsome defense led by OLB Richie Gasol that will help them win many games.

DJJ: Colorado State comes in at second on the inaugural power rankings because of their solid talent throughout the whole roster. Led by CB Mike Turner, they have one of the stingiest defenses in the country. They also have the only game this week for a Mountain Best team as they take on Colorado in The Rocky Mountain Showdown.

E: UNLV comes in third on the list because their depth is so solid (that’s what she said). OLB Mark Soto, one of the most talented linebackers in the country, will lead their defense to shine in many games throughout the season.

E: Fourth on the list is New Mexico. They overall have a combination of players who can and will do damage on both sides of the ball. One of the strengths of this team is the CB unit led by Luis Wong and Trey Hoomanawanui.

DJJ: The Aztecs of San Diego State come in at fifth on the list because of their overall lack of top-end talent but still solid depth. One of those talented players at the top of the list however is DT Darin Edwards, who can both rush the passer and defend the run from the interior of the defensive line.

DJJ: At the sixth spot and the midway point on the list is the Air Force Academy. They inhabit this spot because of their lack of talented depth but solid starters. Their offense will be led by athletic and talented WR Eric Steele who has the ability to break open games with his fighter jet-like speed.

E: Wyoming takes the seventh spot on the list. Although they have average talent on the team, they lack lots of difference-makers. However one difference maker they do have on the team is WR Vincent Allen. He does so by catching any ball that comes near him.

DJJ: Utah State is the eighth team on the list by merit of their complete lack of depth but very talented starters. Their CB Jaylen Favors is one of the best in the country at just purely locking down opposing teams’ number 1 WR.

E: Ninth spot on the list is Fresno State due to lack of overall talent. However, there are stars on both sides of the ball with their CB Amara Rodriguez and their WR Tavon Newhouse, both of which can change games.

DJJ: San Jose State takes up the tenth spot on the list based on their overall lack of playmakers but not completely horrible depth. The best player and leader of the team is OG Spencer Bates, who has pancakes named after him at the campus cafe.

E: Nevada comes up in the eleventh spot with some talent. However, they lack in almost all departments. ILB Brett Zunino, the captain of their defense, will look to make plays all over the field.

E: Coming in at twelfth are the Rainbow Warriors of Hawaii. They lack talent all over the field, but do have one of the most talented QBs in the country in the form of Riley Okeke.

​
You must log in or register to reply here.

Users who are viewing this thread